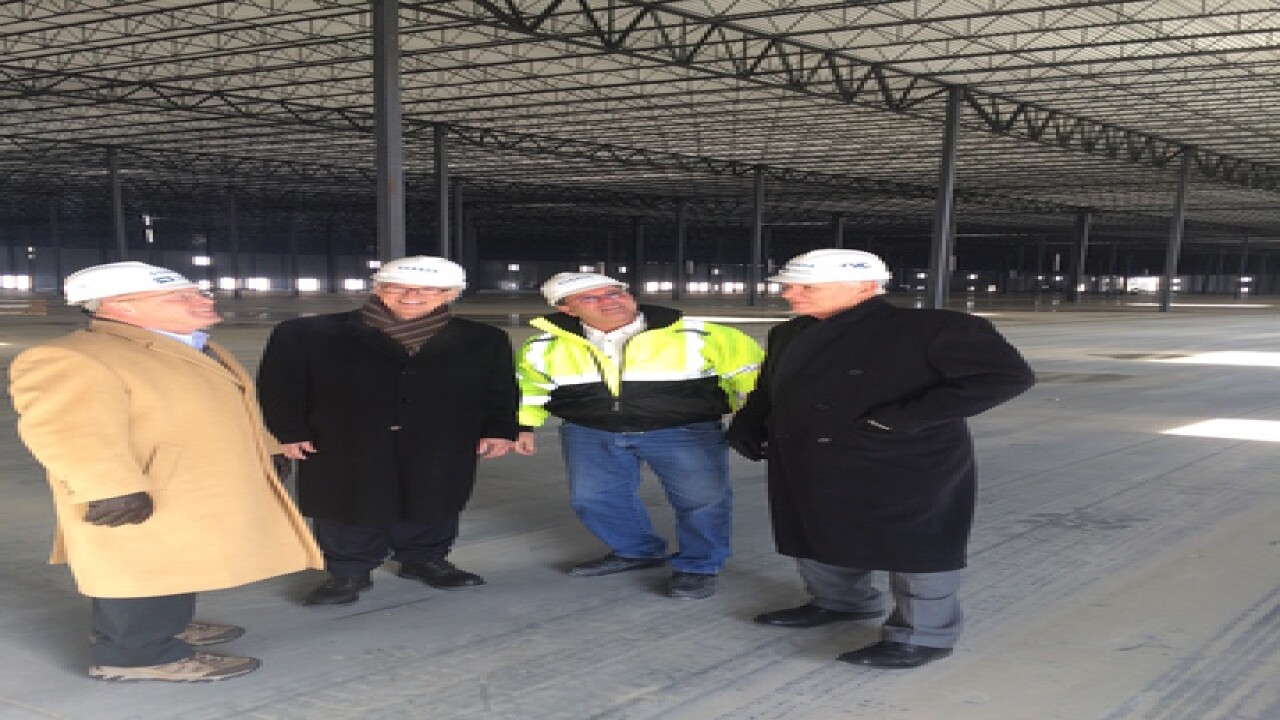 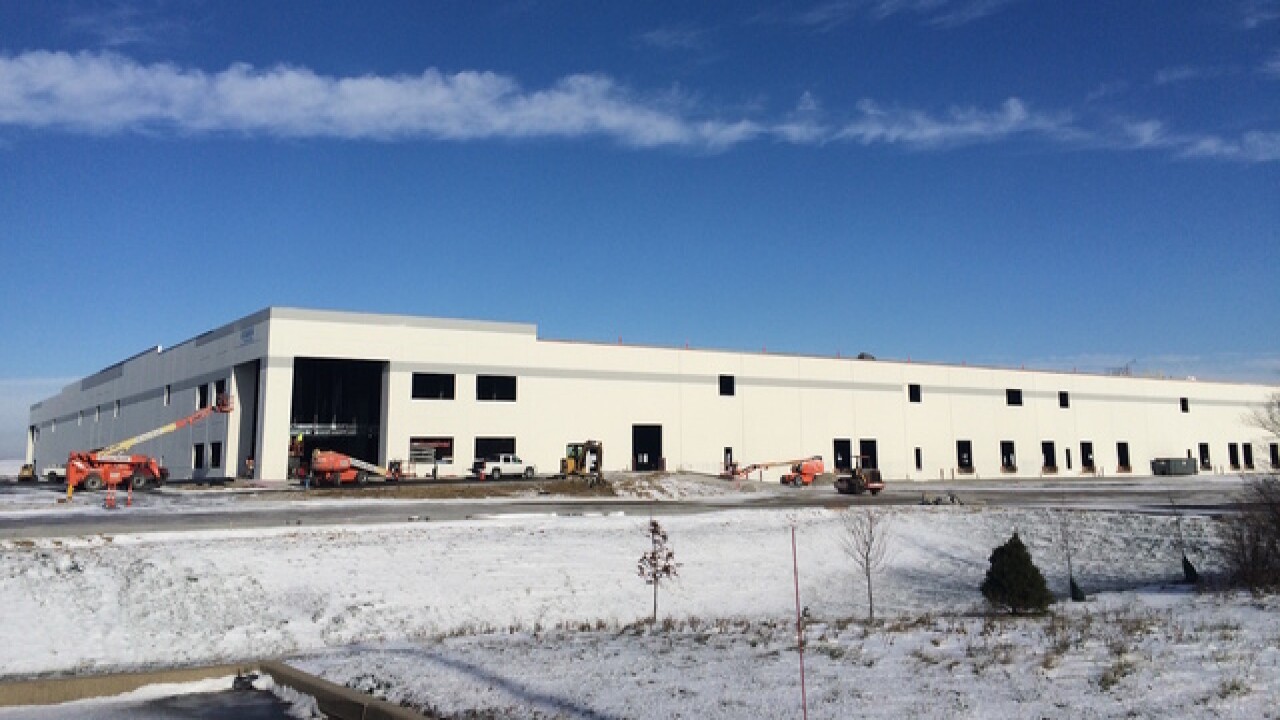 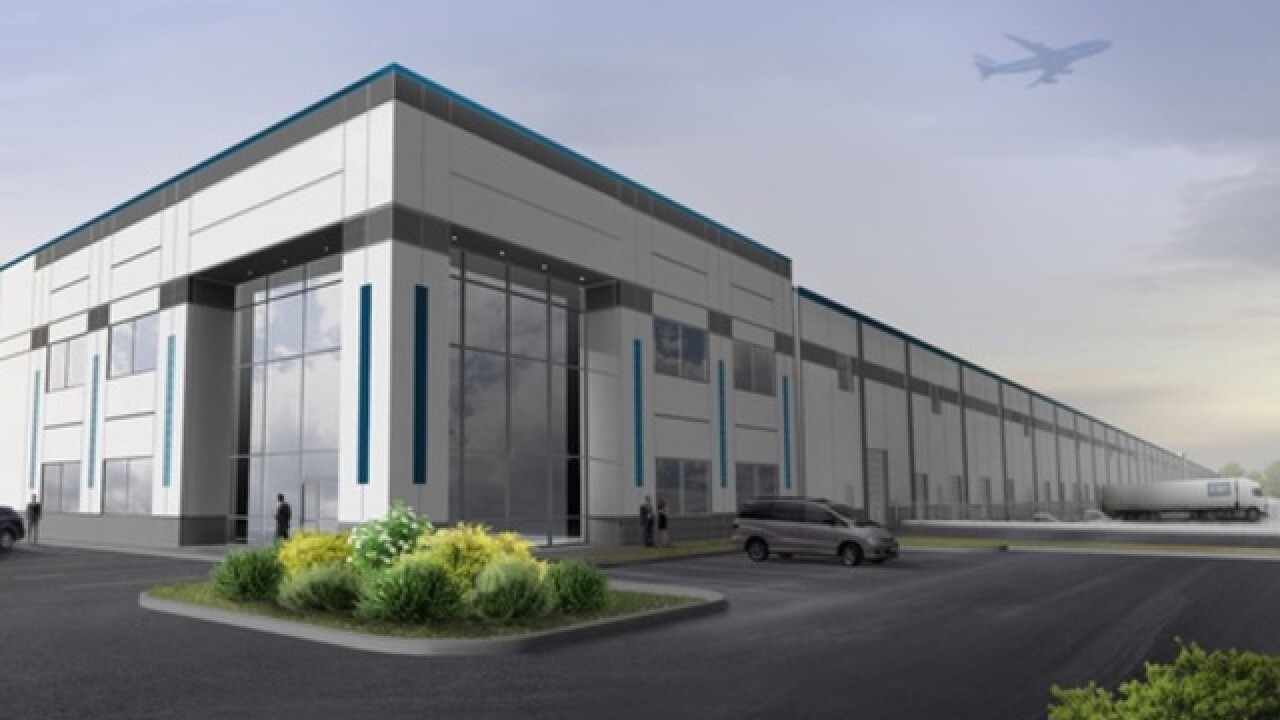 HEBRON, Ky. – At least Greg Arnold openly admits it. The timeline for construction was strict.

But despite weather delays, loads of red tape and a couple changes of plans, work on Wayfair's new 900,000-square-foot, $37 million fulfillment center in Northern Kentucky is nearly complete. The fact that it's currently both on time and under budget? That's just a bonus.

In a mere matter of months, home goods will be outbound from the facility to households across the country.

Arnold, a partner with the Nevada-based developer Dermody Properties, which is leasing the building to Wayfair, says the project's early success is a tribute to great partnerships all around – from Hillwood Investment, their financial partner, to Paul Hemmer Company, the general contractor. Dermody is undertaking its first build in Northern Kentucky that also just so happens to be the first such speculative development ever on Cincinnati/Northern Kentucky International Airport-owned land.

"There was a huge learning curve here," Arnold said. "There hasn't been a project of this magnitude in quite some time in the Greater Cincinnati area."

But, still, the building has gone up in a flash.

"Many, many people have commented on how fast this has gone," said Paul Hemmer Jr., the Hemmer Company's CEO. "It really goes back to good planning and good people. It's really been a team effort. We've had to deal with a lot of bureaucracy – from the airport, from planning and zoning, the sanitation district, permitting, but we've been able to keep the project moving in a very positive way."

The project, which was announced this summer and formally broke ground in October, was actually more than two years in the making, officials said during a recent exclusive tour of the construction site. Arnold, who led Dermody's site selection search, first visited the Greater Cincinnati market in March 2013. He looked at nearly a dozen different properties back then, he said, but when he heard CVG had made land available – a move airport officials fast-tracked in recent years as a way to diversify revenue – that search stopped cold.

Dermody inked the deal for 52 acres at the corner of Donaldson Highway and Mineola Pike in June 2015. Wayfair signed its lease later that month.

In the time since, construction has commenced in earnest, even though weather conditions have been far from ideal. Hemmer estimates there's been roughly nine weeks' worth of delays since construction started in the summer, not counting the most recent bout of freezing temperatures that halted critical roof work and other projects.

Build-out inside continues – mechanical and rooms for offices, restrooms, shipping and receiving are all taking shape. Work is about 75 percent complete overall. At the end of February, Wayfair, one of the world's largest online retailers of home furnishings and décor, is scheduled for occupancy and will start putting up its own racks and the like. By the end of May, the building, known as LogistiCenterSM at 275, will be delivered in full.

"We deliver the building in two phases," Arnold said. "It was an aggressive schedule – and then we tightened it. But no one on our team ever said we couldn't do it. Other people on the outside were saying we couldn't get it accomplished. I knew we could get it done."

It might be hard to put 900,000 square feet in perspective, but it's nearly 20 acres under one roof. Walk the building's four corners, and that's about one mile around. And although football analogies are still tough to swallow following the Bengals' Jan. 9 playoff loss to the Pittsburgh Steelers, it's also the equivalent of nearly 20 football fields.

Dermody officials originally designed a multi-tenant, two-building site at CVG – one building about 500,000 square feet, and the other around 300,000 – but combined the structures to accommodate Wayfair's needs. The building is e-commerce compliant, meaning it has 36-foot ceiling heights, more hardscape for trailer parking and other features. It's also set up for 120 dock doors, another e-commerce friendly feature to aid in the movement of products.

Wayfair officials have said they'll eventually add upward of 250 jobs at the CVG site; at least 75 to 100 will be hired initially upon completion of their new home. It will complement their existing Northern Kentucky operations, a 525,000-square-foot fulfillment center in Hebron, where the retailer has reached capacity.

Arnold still steers clear of defining Wayfair's exact lease terms; officials all along have simply said it's "long term." Dermody and Hillwood themselves signed a 49-year, 11-month term at CVG. And there's more airport land up for grabs.

Officials have identified at least eight parcels and roughly 600 acres primed for near-term development. CVG's five-year goal is to have 350 of that leased by 2021. Arnold said there's multiple deals in the works; he, himself, would love to do another.

"Any real estate executive that might come to this area, they're going to be pointed in this direction," said John Curtin, senior vice president at Hemmer. "This is a great location, with I-75 straight down here, and behind you, I-275. And if they can find a good, viable site, it's kind of like a gold mine."